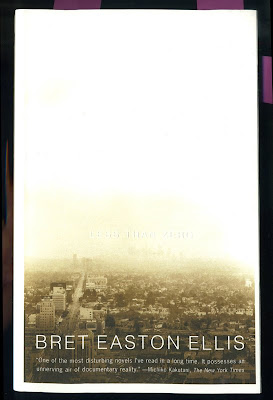 "Where's Kim?" Spit asks when he doesn't get an answer from Dimitri, who just stares into the pool, strumming the guitar. He then looks over at the four of us standing around him and for a minute it looks like he's going to say something. But he doesn't, just sighs and looks back at the water.

This young actress cornes in with some well-known producer, who I met once at one of Blair's father's parties, and they check out the scène and walk over to Kim, who's just gotten off the phone, and she tells them that her mother's in England with Milo and the producer says that last he heard she was in Hawaii and then they mention that maybe Thomas Noguchi might be stopping by and then the actress and the producer leave and Kim walks over to where Blair and l've stood and she tells us that it was Jeff on the phone.
"What did he say?" Blair asks.
"He's an asshole. He's down in Malibu with some surfer, some guy, and they're holed up in his house."
"What did he want?"
"To wish me a Happy New Year." Kim looks upset.
"Well, that's nice," Blair says hopefully.
"He said, 'Have a Happy New Year, cunt,' " she says, and lights a cigarette, the Champagne bottle she holds by her side almost empty. She's about to cry or say something else when Spit cornes over and says that Muriel locked herself in Kim's room and so Kim and Spit and Blair and I walk inside, upstairs, down a hallway and over to Kim's door and Kim tries to open it but it's locked.
"Muriel," she calls out, knocking. No one answers.
Spit pounds on the door, then kicks it.
"Don't fuck the door up, Spit," Kim says, and then yells out, "Muriel, corne out."
I look over at Blair and she looks worried. "Do you think she's ail right?"
"I don't know," Kim says.
"What's she on?" Spit wants to know.
"Muriel?" Kim calls out again.

Spit lights another joint, leans against the wall. The photographier cornes by and takes pictures of us. The door opens slowly and Muriel stands there and looks like she's been crying. She lets Spit, Kim, Blair and the pho-tographer and me into the room and then she closes the door and locks it.

The room's dark except for a couple of candies in the corner and Muriel sits down in the corner next to one of the candies, next to a spoon and a syringe and a little folded pièce of paper with brownish powder on it and a pièce of cotton. There's already some stuff in the spoon and Muriel wads the pièce of cotton up as small as possible and puts it in the spoon and sticks the needle into the cotton and then draws it into the syringe. Then she pulls up her sleeve, reaches for a belt in the darkness, finds it and wraps it around her upper arm. I spot the needle tracks, look over at Blair, who's just staring at the arm.

Muriel doesn't say anything, just slaps her arm to find a vein and I look at my vest and it freaks me out to see that it does look like someone got stabbed, or something. Muriel holds the syringe and Kim whispers, "Don't do it," but her lips are trembling and she looks excited and I can make out the beginnings of a smile and I get the feeling that she doesn't mean it and as the needle sticks into Muriel's arm, Blair gets up and says, "I'm leaving," and walks out of the room. Muriel closes her eyes and the syringe slowly fills with blood.

Spit says, "Oh, man, this is wild."
The photographer takes a picture.
My hands shake as I light a cigarette.

Muriel begins to cry and Kim strokes her head, but Muriel keeps crying and drooling all over, looking like she's laughing really and her lipstick's smeared all over her lips and nose and her mascara's running down her cheeks.

At midnight Spit tries to light some firecrackers but only a couple go off. Kim hugs Dimitri, who doesn't seem to notice or care, and he drops his guitar by his side and stares off into the pool and eleven or twelve of us stand out by the pool and someone turns the music down so that we can hear the sounds of the city celebrating, but there's not a whole lot to hear and I keep looking into the living room, where Muriel's lying on a couch, smoking a cigarette, sunglasses on, watching MTV. All we can hear are windows breaking up in the hills and dogs beginning to howl and a balloon bursts and Spit drops a champagne bottle and the American flag that's hanging like a curtain over the fireplace moves in the hot breeze and Kim gets up and lights another joint. Blair whispers "Happy New Year" to me and then takes her shoes off and sticks her feet into the warm, lighted water. Fear never shows up and the party ends early.

And at home that night, sometime early that morning, I'm sitting in my room watching religious programs on cable TV because I'm tired of watching videos and there are these two guys, priests, preachers maybe, on the screen, forty, maybe forty-five, wearing business suits and ties, pink-tinted sunglasses, talking about Led Zeppelin records, saying that, if they're played backwards, they "possess alarming passages about the devil." One of the guys stands up and breaks the record, snaps it in half, and says, "And believe me, as God-fearing Christians, we will not allow this!" The man then begins to talk about how he's worried that it'll harm the young people. "And the young are the future of this country," he screams, and then breaks another record. 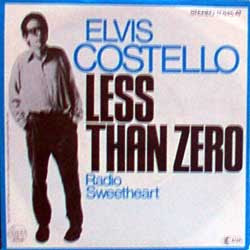 page 148
We walk into her room. There's only a big mattress on the floor and a huge, expensive stereo that takes up an entire wall and a poster of Peter Gabriel and a pile of clothes in the corner. There are also the pictures that were taken at her New Year's Eve party tacked up over the mattress. I see one of Muriel shooting up, wearing my vest, me watching. Another of me standing in the living room only wearing a T-shirt and my jeans, trying to open a bottle of champagne, looking totally out of it. Another of Blair lighting a cigarette. One of Spit, wasted, beneath the flag. From outside, Muriel screams and Dim-itri keeps trying to play the guitar.
Publié par Maxime Thieffine à 00:01